Cycle For The Gavrelle Monument

Just outside the village of Gavrelle in Northern France there is a memorial that commemorates the bravery and sacrifice of the Royal Naval Division on the Western Front in the Great War. It has a special poignancy for The Royal Marines, in the 24-hour period between the 22nd and 23rd April the 1st and 2nd Battalions Royal Marine Light Infantry took 846 casualties.  It remains the worst day in the history of the Royal Marines.  Many of them still lie in the beautifully kept Commonwealth War Grave Commission cemeteries that flank the village.  To pass through the smart but sleepy back water today offers little clue to what happened there 102 years ago.

Earlier this year the memorial in Gavrelle was hit by a car and damaged beyond effective repair.  RMA-The Royal Marines Charity in conjunction with the Royal Navy were made aware of the situation, after consultation with the Commonwealth War Graves Commission on the cost of repairing the memorial a Just Giving page was set up and fund raising to restore the memorial began.

Rock2Recovery’s Old Soldier Media (Dan Elliot & Al Webb) became aware of what had happened and after extensive comms with RMA-The Royal Marines Charity went to Gavrelle to carry out a eyes-on assessment of the damage, make as good as possible and report back.  Subsequently R2R’s Old Soldier Media have led the charge to raise funds for the restoration of the memorial. 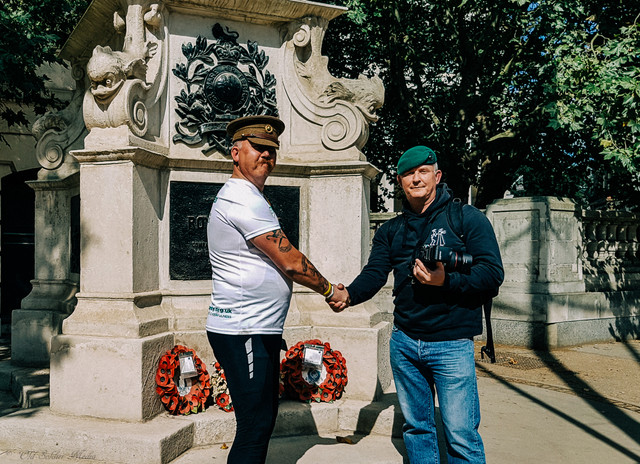 This culminated in Team Old Soldier cycling from Deal in Kent, The Royal Marines spiritual home in the South East where many 1st Battalion RMLI men lost at Gavrelle had been based, to the Royal Naval Division Memorial at Horseguards Parade and the Graspan, Royal Marines Memorial by Admiralty arch.

The route needed to be at least 84.6 miles in order to remember the 846 Royal Marine Casualties of the Battle of Gavrelle. R2R’s Old Soldier with close support provided by Mrs. Nicola Elliot and Al Webb R2R’s photographer and a former Royal Marine left Deal at 22:30 on Monday night.  Cycling on through the night the team finally made Horseguards Parade at 13:00, Old Soldier cycling onto “Gods Holy Acre” resplendent in Corps Colours. 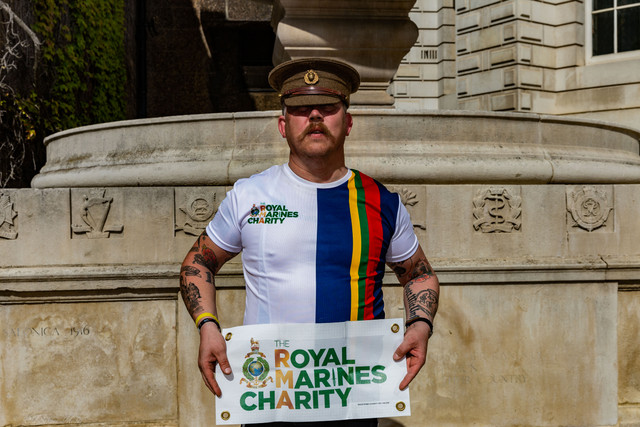 Photographs by Al Webb and Rock2Recovery.