Stu Bartlett, 42, who has stage four lung cancer, moved people to tears as he played outside his Lydney home as his proud fiancee filmed his VE Day tribute for his 11-year-old son.

A former Royal Marine bugler who has played before The Queen has been reducing people to tears after defying stage four lung cancer to sound the Last Post on VE Day.

Stu Bartlett wasn’t even sure if he had enough breath to finish the traditional bugle call that he once played at official ceremonies around the world.

But knowing that all public ceremonies had been cancelled he decided to stand outside his home in the Forest of Dean as a mark of respect and see if his lungs would hold out. 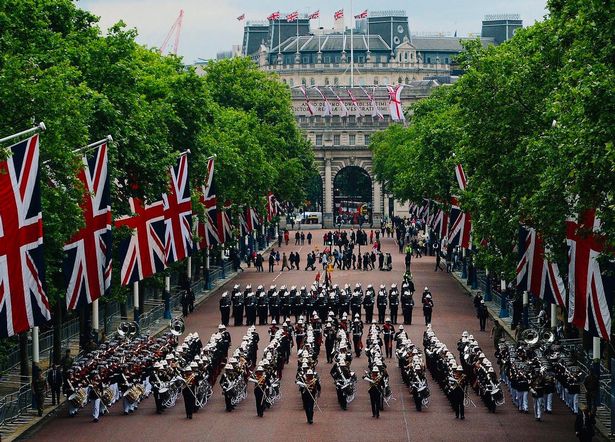 When he managed to make it through to the final note of the iconic tune his proud fiancee revealed that unbeknown to him she had filmed the performance for his 11-year-old son Charlie who he had not seen since lockdown.

She later secretly posted a video on-line and it has now attracted the attention of thousands of people and the forces top brass.

Tony Radakin, the First Sea Lord, sent a sent a personal message to the corporal telling him he had watched the performance and found it “beautiful” and “very moving”. 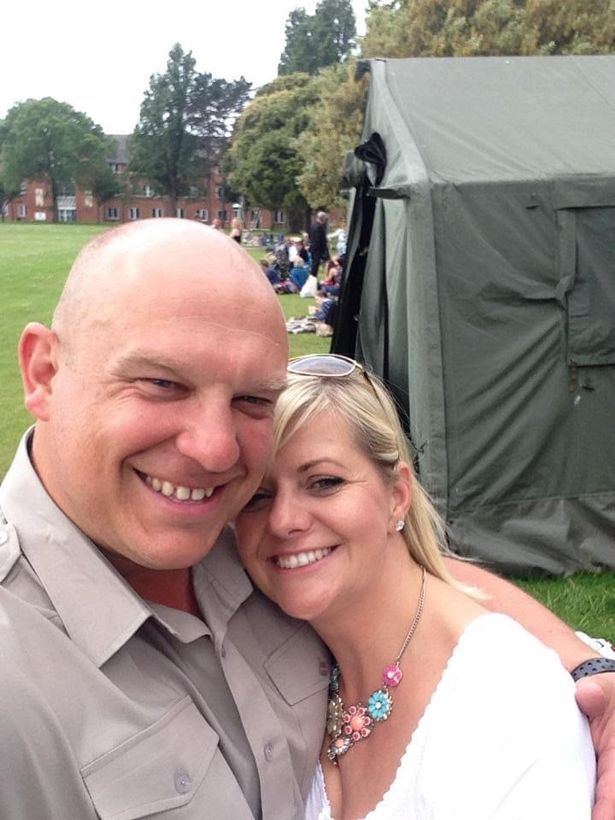 “It is a very special person who can think of others when battling with their own health issues,” he said in a personal message.

“Your Service is very proud of you.”

The 42-year-old started playing bugle and drums as a child in the Isle of Wight and signed up with the Royal Marines band as an 18-year-old. 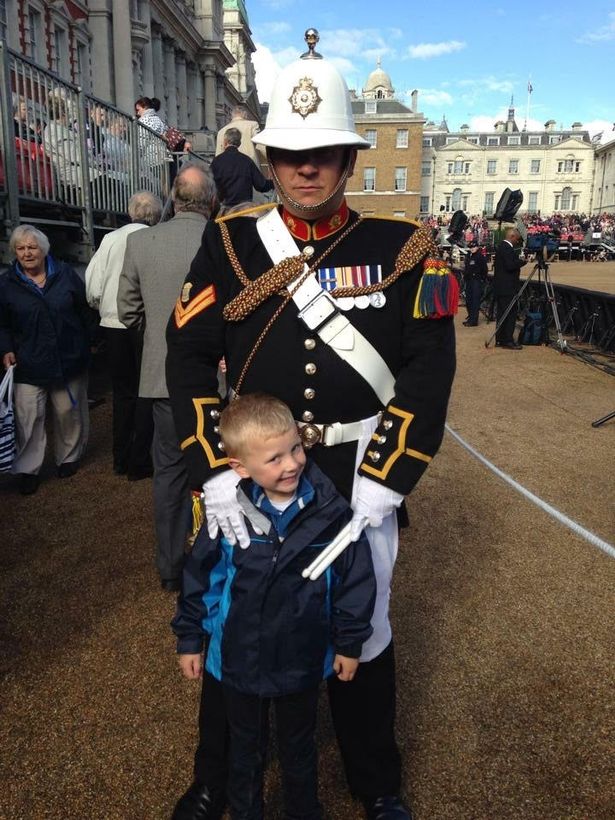 He has served on two tours of duty in Kosovo and Iraq as a front line medic and with the decontamination unit .

But he also played the bugle and drums at parades and official occasions around the world.

His royal duties have included performing in front of the royal family at the Cenotaph for Remembrance Sunday, The Queen's golden and diamond jubilees, performing at the Albert Hall and many garden parties at Buckingham Palace and other state occasions .

He has represented the Royal Marines on overseas tours and played the Last Post at the Menin Gate in Ypres, Belgium, surrounded by hundreds of veterans.

But after serving 22 years Stu packed away his bugle in his kit bag at his home on Beaufort Drive, Lydney, and started a new job with the Armed forces careers service in Bristol last September.

Soon afterwards he was diagnosed with stage 4 cancer in his lungs, kidneys and has been in isolation during the lockdown because he is classed as vulnerable.

“I wanted to play it at 11am on VE Day as a tribute to those who have gone before but to be honest I didn’t think I would have the puff to do it,” said Stu who performed at the end of his drive.

“I thought I would give it a go and when I went out at 11am the whole road had come outside.

“I was worried that I wouldn’t have enough breath to finish but I managed to get through it alright to the end.

“It was a fantastic feeling and such a relief to make to the end because I wanted to give something back to those who made the ultimate sacrifice.

“It's nerve-wracking playing before The Queen at the Cenotaph in London with all the TV cameras on you but I still miss the buzz and excitement of performing.”

Join us in 2020 for an incredible three-day trek along the World War One Western Front for RMA - The Royal Marines Charity. Meeting at the Imperial... Read More »