The Royal Marines Family – By Sea, By Land

Serving Royal Marine Matt Mason and 3 former Royal Marines, who served alongside each other with 45 Commando in Afghanistan, have decided to row across the North Atlantic Ocean. The Ocean Revival 2020 team will be starting at the Brooklyn Bridge in New York and rowing 3,700 miles, on what is considered to be the toughest Trans-Atlantic crossing, to Tower Bridge in London. They are planning to undertake the demanding, unforgiving route unsupported, which will mean that they have to carry all of their rations and equipment on board and that there will be no safety support vessel alongside them. This arduous journey is all in aid of raising money for RMA – The Royal Marines Charity and Plastic Oceans. 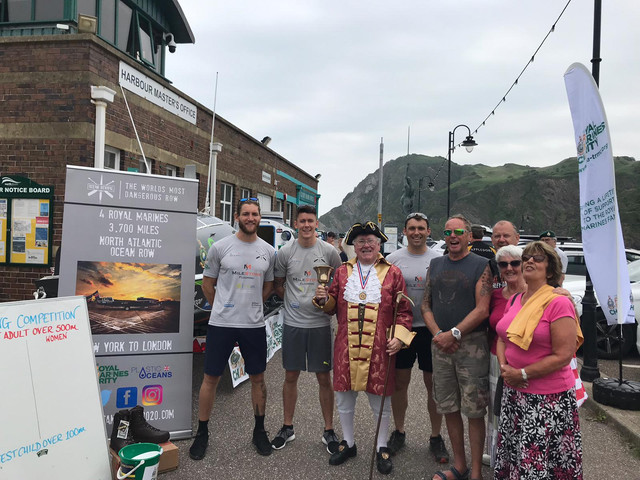 The Ocean Revival 2020 team have set themselves a £30,000 fundraising target to reach before they set off in May, a challenge in itself.  Team leader Matt, who is based at Commando Logistics Regiment decided to reach out to the wider Corps Family in Devon to make sure that the team had the best opportunity of achieving their goal. There is a very strong and well-established relationship between Commando Logistics Regiment and the North Devon Branch of the RMA, forged over many years of fundraising collaboration.  RMA North Devon Chairman, John Peel, immediately agreed to support the team and was honoured to be called to duty; once a Marine, always a Marine.

John began planning the support required for events that Matt had organised for the year; gathering his team of fundraising volunteers from the branch, of which there were no shortage, to take part fundraising events and help promote and collect on behalf of RMA – The Royal Marines Charity. There began a relationship that saw the ‘old and bold’ fully embrace and embed themselves in to this exciting project, full of positivity and the chance to really make a difference to the Corps. 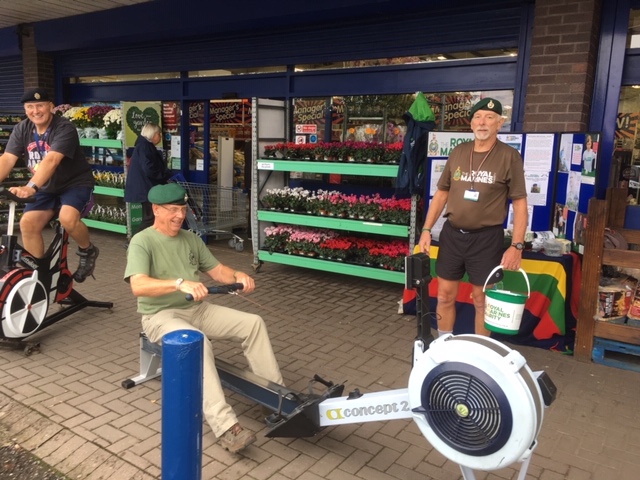 This team of serving and former Royal Marines encompasses exactly what the corps family is all about.  For Matt, this really highlighted how powerful this collaboration can be;

‘Having John and the RMA North Devon Branch support the team and myself has made the last 12 months incredibly enjoyable. They really have gone above and beyond, turning up on mass for events and getting fully stuck in. It has been amazing to get to know the branch and the incredible members; it really is a privilege to call them friends. Their love of the Corps and its family is humbling and something that I will certainly take with me when my time in the RM comes to an end.’

Matt described the pioneering row as being akin to operational duties as “the team will be leaving young families behind for over three months while attempting what is statistically the most dangerous route an ocean rower can take.” The support of their families has been paramount to their success and they will be acutely aware of the sacrifices that the families of Royal Marines have to make. Matt’s wife Lindsay, after expressing her initial worries for her Husband’s safety has said that he makes her “extremely proud”.

Over the following months Ocean Revival and the RMA North Devon Branch set up their stand, Concept Rower and Watt Bike around the Bazaars and events in North Devon, bucket rattling, cycling and rowing.  By the end of 2019 they had clocked up numerous miles on Wattbike and Concept Rower, completed over 18 days of fundraising, which raised an amazing £11,319.12 towards the £30K target.  In addition to this RMA Branch members have helped source a sponsor pledge of £10,000 towards the cost of the project and the shipping of the Atlantic Rower to the US.  Seeking corporate sponsorship for the project guarantees that all publicly donated money goes directly to the Charity to help those in the Corps Family who need it.   Members of the North Devon branch have also helped source some amazing raffle prizes for their charity gala including a weekend stay at a hotel in Ilfracombe. The team reached their £30,000 target at the beginning of January and hope to surpass £35,000 by the end of March. 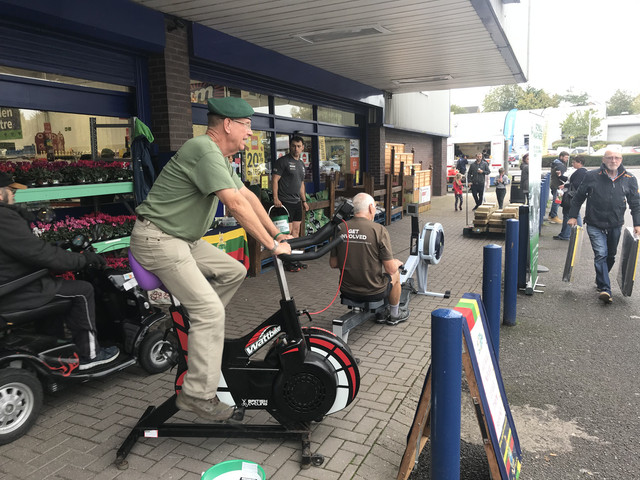